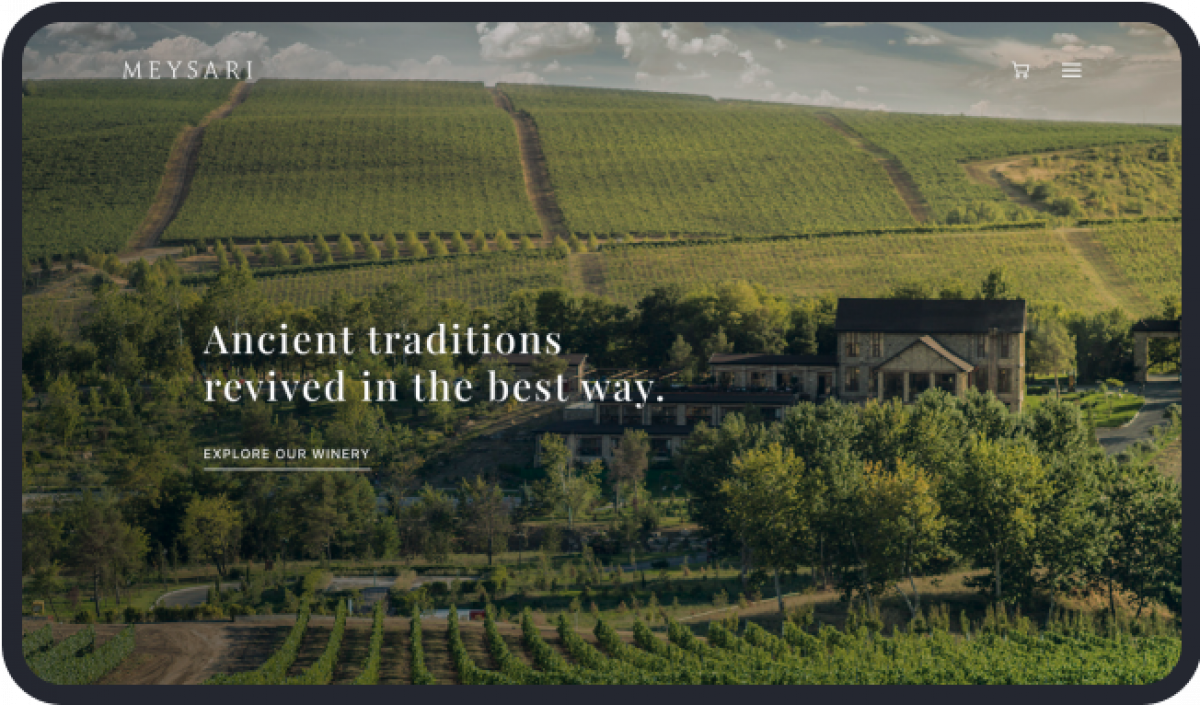 Viticulture is one of the oldest and traditional industries in Azerbaijan. In the middle of the 19th and the beginning of the 20th century, vine-growing and wine-making were developed on the basis of industrial principles, and the wines of Azerbaijan were recognized all over the world due to its high quality. Back in the Soviet period, Azerbaijani wines were repeatedly awarded gold, silver medals and honorary diplomas at international exhibitions and competitions.

In those years, Shamakhi District was one of the largest vine-growing regions in Azerbaijan. The high-quality wine was produced in the vineyards of one of its villages called Meysari.

Vine growing in Shamakhi region today is undergoing a new era of development. "Shirvan Wines" LLC was established here in 2014 to set up the vineyards and produce organic wines.

A wine factory with an area of 4398 square meters was built in the vineyard within the wine complex of "Shirvan wines" LLC, which was put into operation in 2018 and supplied with equipment of the French company "Pera".

The plant aims to achieve an annual wine production of 1.4 million liters. Also, taking into account the tourism potential of the region, the goal of the enterprise is to organize touristic tours to the complex and, eventually, contribute to the winery tourism in our country.

The Shirvan wines, created from the unity of rich tradition and modern technologies, are made from local and foreign grape varieties, grown in Meysari village, and differ with its unique taste and aroma.

The three types of wine named "Sadaf", "Marjan" and "Makhmari”, are produced under the brand of "Meysari" from 2017 wine harvest.

The activity to acquire the EU's organic certification has been started in 2015.

We are honored to receive the ISO 22000 - Food Safety Management System certificate. 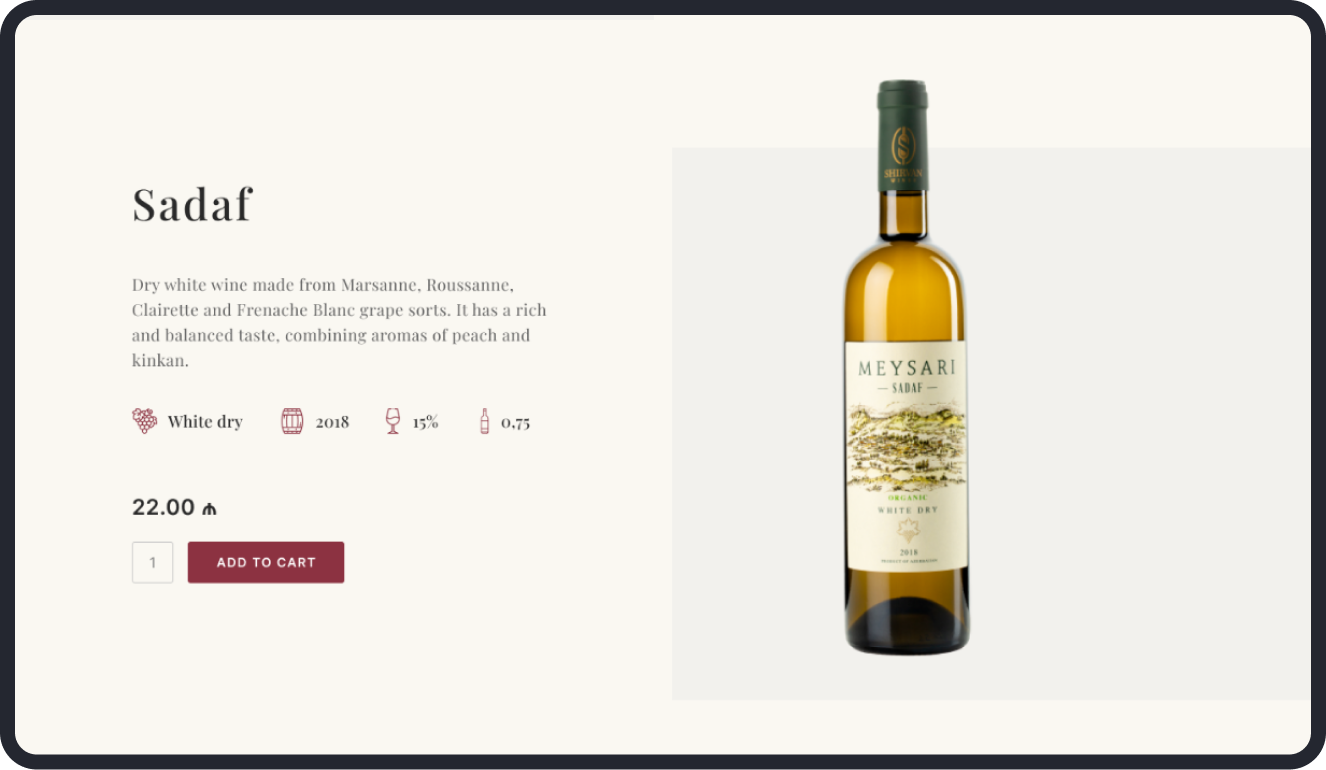 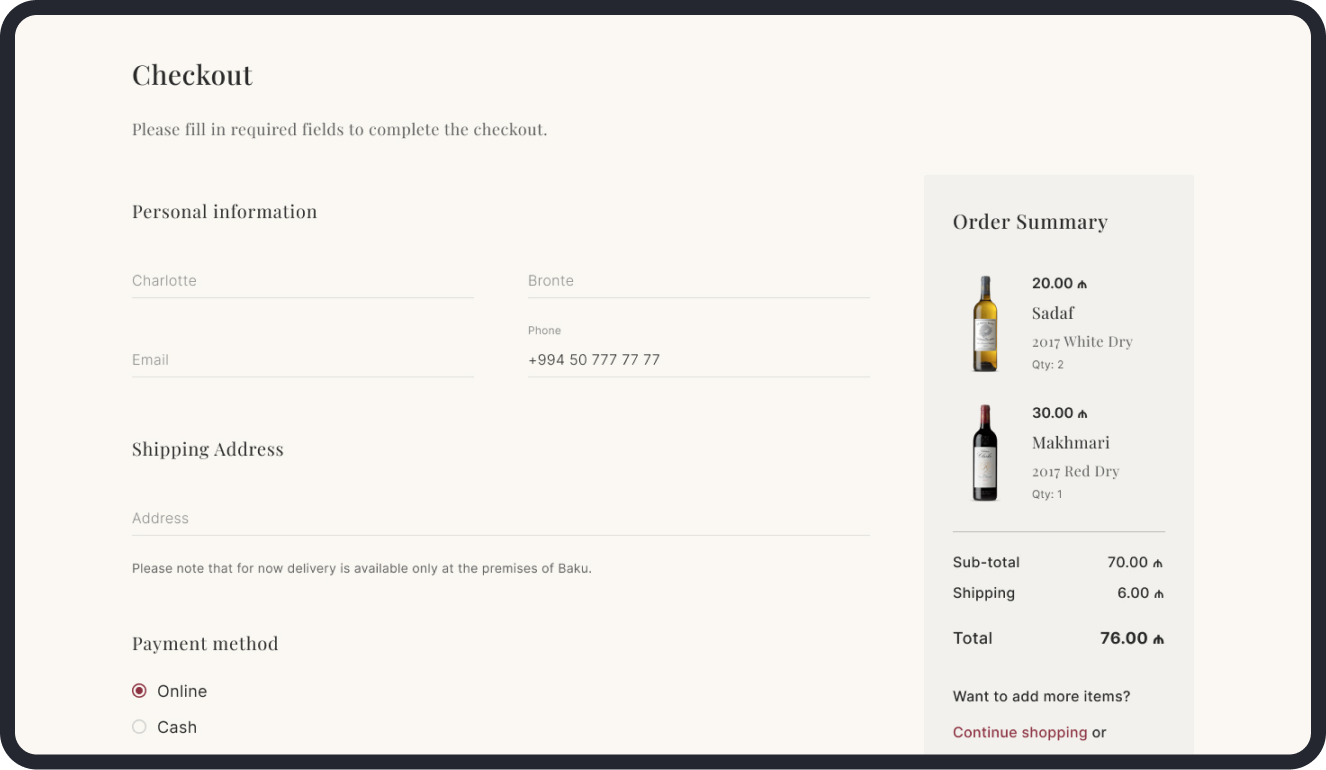 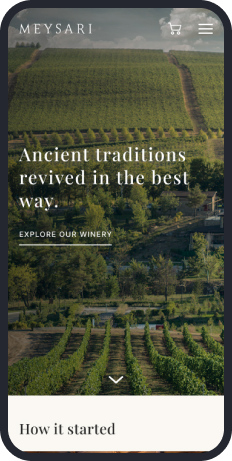 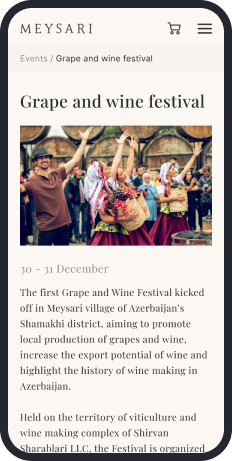 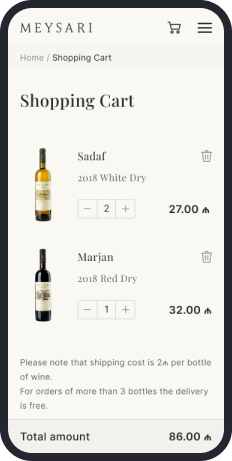 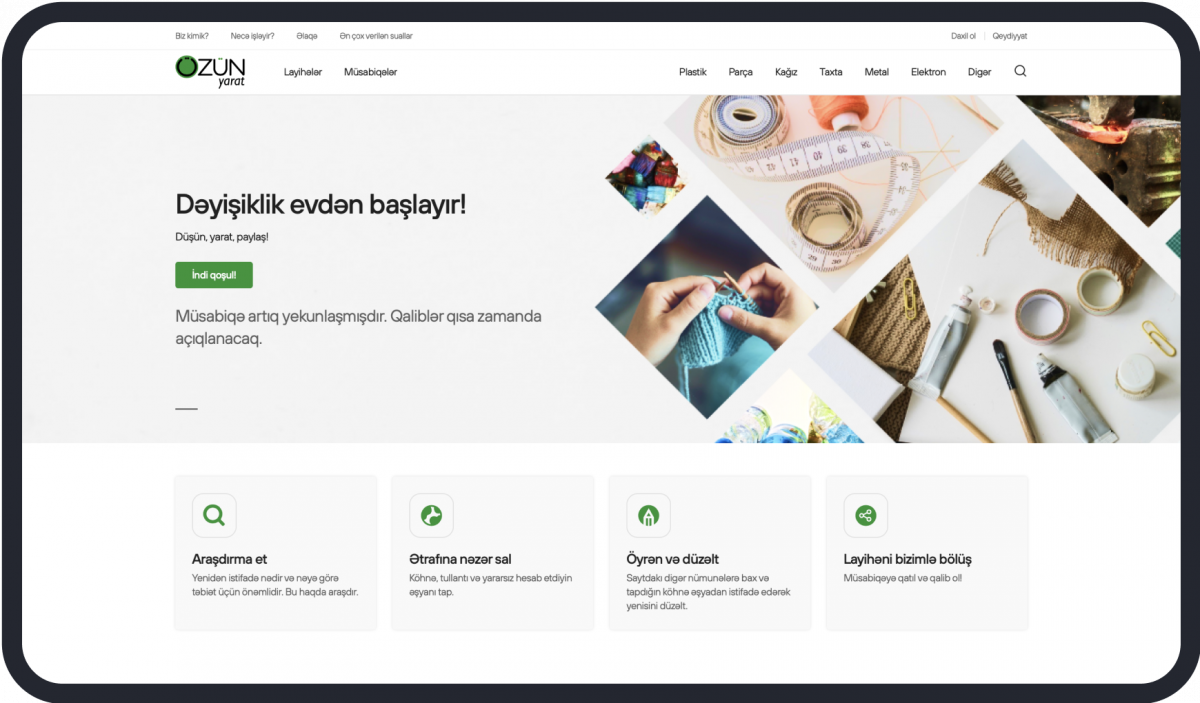 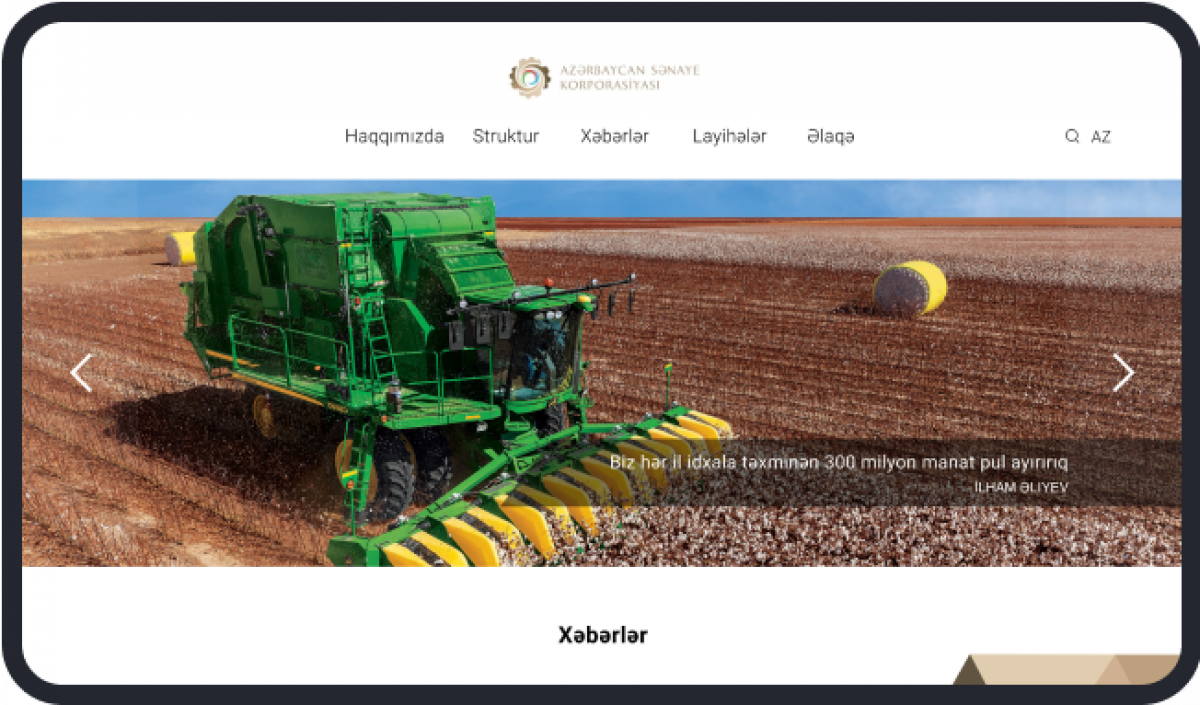